One year ago, Evan Johnson was finishing his last semester at the University of North Carolina, Asheville. An Environmental Management and Policy major with a minor in Economics, Evan was a member of the Episcopal Campus Ministry and played on UNCA’s Ultimate Frisbee team. As his degree neared completion, he considered the idea of embarking on a year of volunteer service, citing his desire for a gap year with intention.

Through his involvement in the Episcopal Campus Ministry, Evan connected with Kelsey Davis, Campus Missioner at UNCA and Director of Blue Ridge Service Corps (BRSC). A ministry of The Episcopal Diocese of Western North Carolina, BRSC is an intentional community where young adults, ages 20-26, are invited to complete a year of service with local non-profits. Evan applied to the program in April of 2021 with no concrete idea of which non-profit he would be partnered with. When the service year began on August 30th, he found himself at the Asheville Area Habitat for Humanity ReStore. 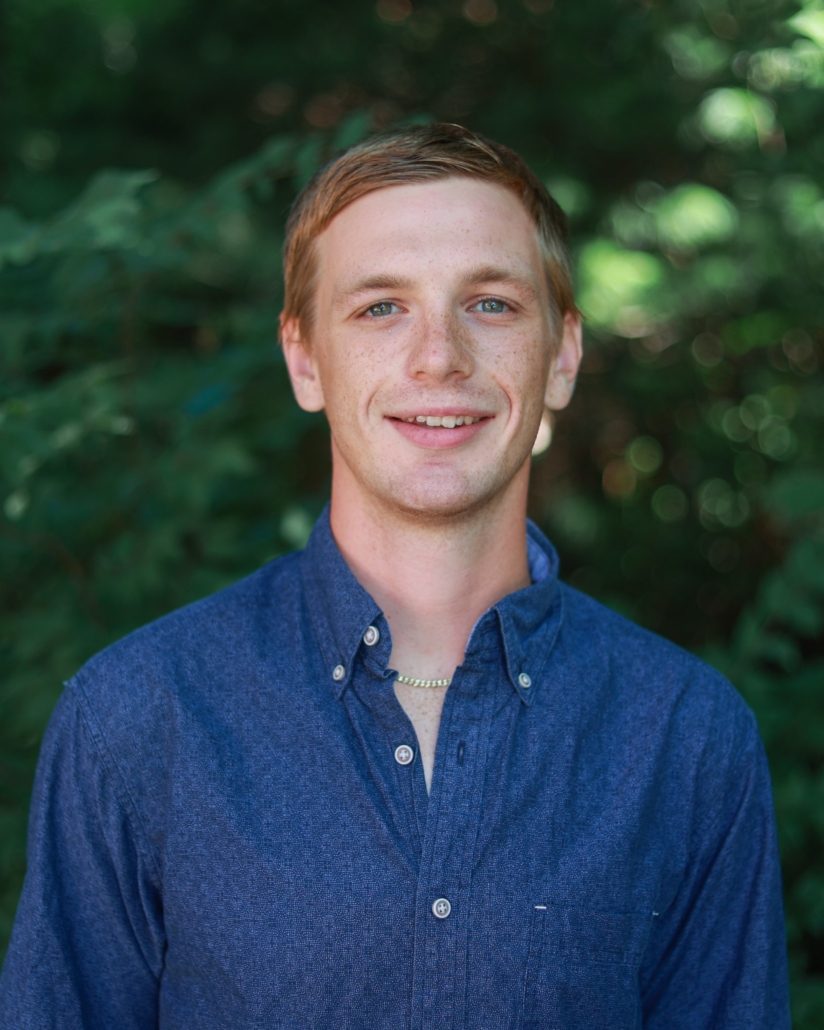 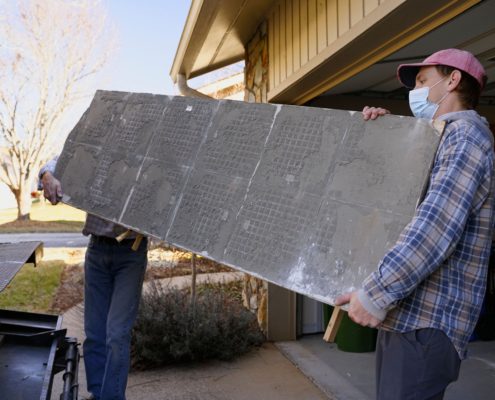 Evan has spent the past nine months as a member of the ReStore’s Deconstruction team, a group of Asheville Habitat staff and volunteers that extract reusable building materials like kitchen cabinets, appliances, and bath installations prior to demolition or remodeling. Once removed, the Deconstruction team brings these items to the ReStores where they are sold to the public. This helps reduce the cost of home-improvement for residents of Buncombe County while simultaneously funding Habitat’s mission of building and repairing homes in partnership with low-income families. Evan, no stranger to hard labor, was an ideal addition to the team.

Though his service year began with Deconstruction, he quickly became a valuable asset in many capacities. Now, in between Deconstruction jobs, he does a little bit of everything. “It feels like I’m the wildcard at this place,” he says of his work in the ReStore. “Today I’m creating a new organizational guide for donation receipts, yesterday I was on the truck, and the day before that I was recruiting new volunteers for the Decon department… I love that it’s something new every day. I couldn’t have asked for a better position through the Service Corps.”

Outside of his time with Habitat, BRSC keeps Evan busy. He is also partnered with the Lake Logan Retreat Center, an Episcopal retreat center for which he works around 10 hours a week writing outdoor school curriculum. He and his fellow BRSC members engage in intentional living, inviting the Service Corps community into their living space and participating in secondary learning programs, including a 12-week course on diversity, equity, and inclusion. When asked, Evan says that he would recommend a year of service to others but stresses that, “It’s good intentional work, but it’s a year of service. It’s a year of very little recreation and it’s a commitment. You have to have the right attitude going into it… but, knowing that I’m starting an outdoor program, well, that’s cool. And I’m doing awesome work with Habitat all over the place.”

So what does he do with the valuable recreation time he has? When he’s not deconstructing kitchens, picking up donations with the Asheville ReStore’s truck crew, or filling needs around the ReStore as they arise, he’s still throwing discs. “I’ve transitioned to disc golf, big time,” he says. “I’m a devout disc golf player now.”

To learn more about Evan’s work with Blue Ridge Service Corps and Asheville Habitat, watch the BRSC video below:

Asheville’s Swimming Pool: Learning from the Past