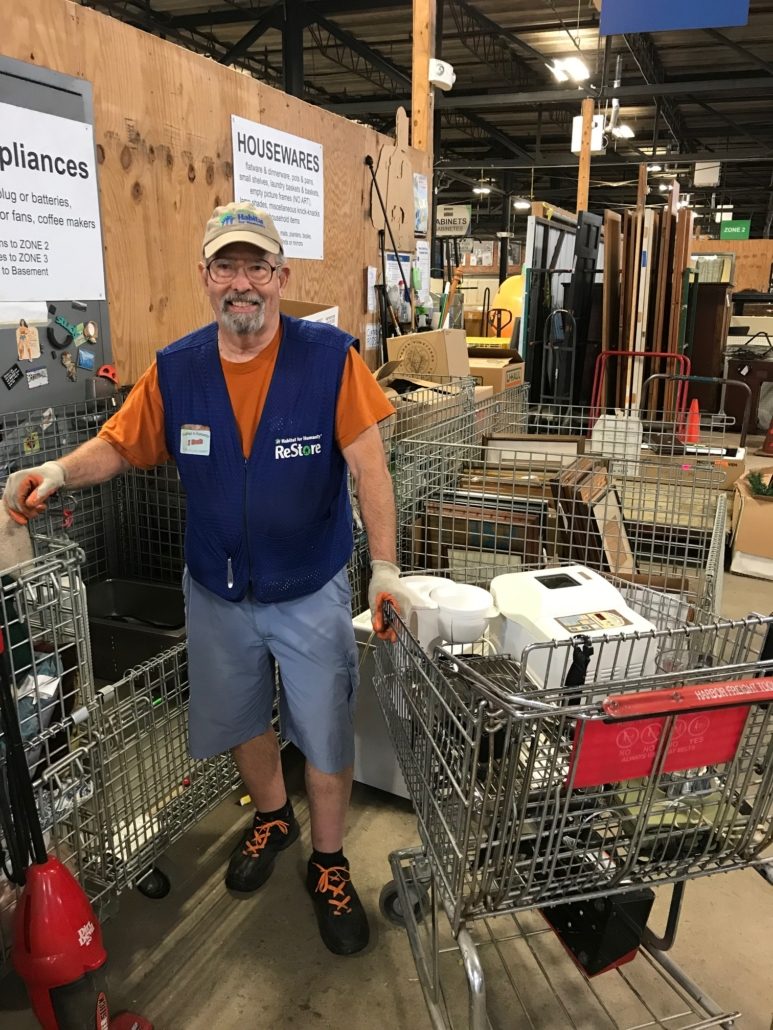 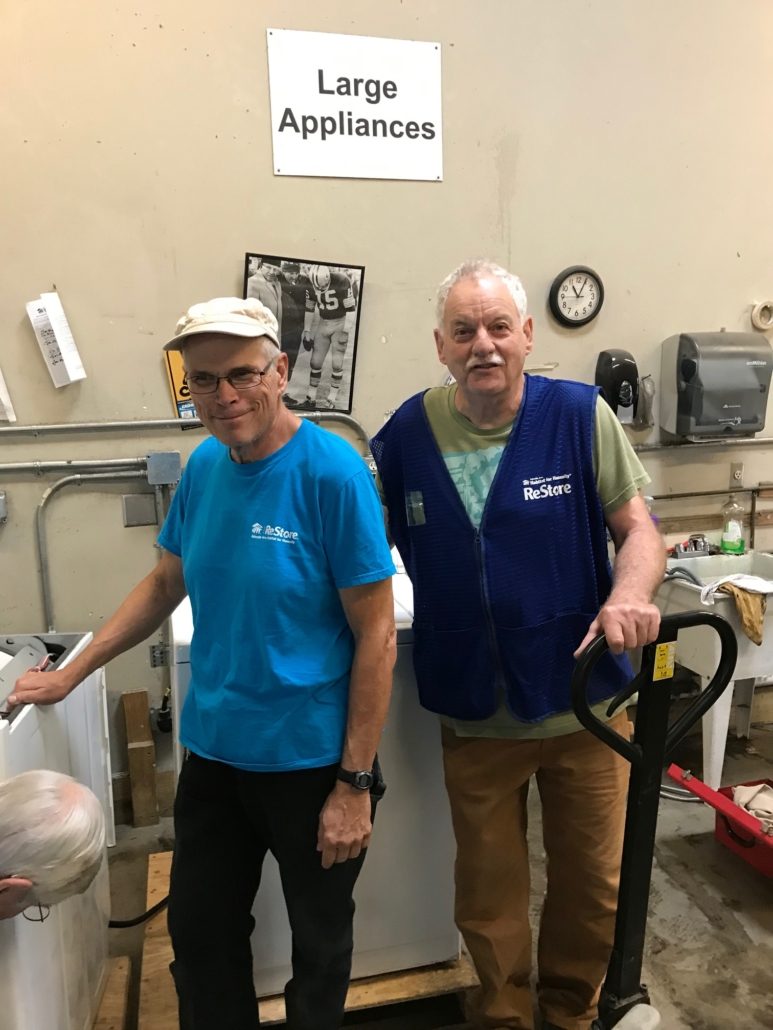 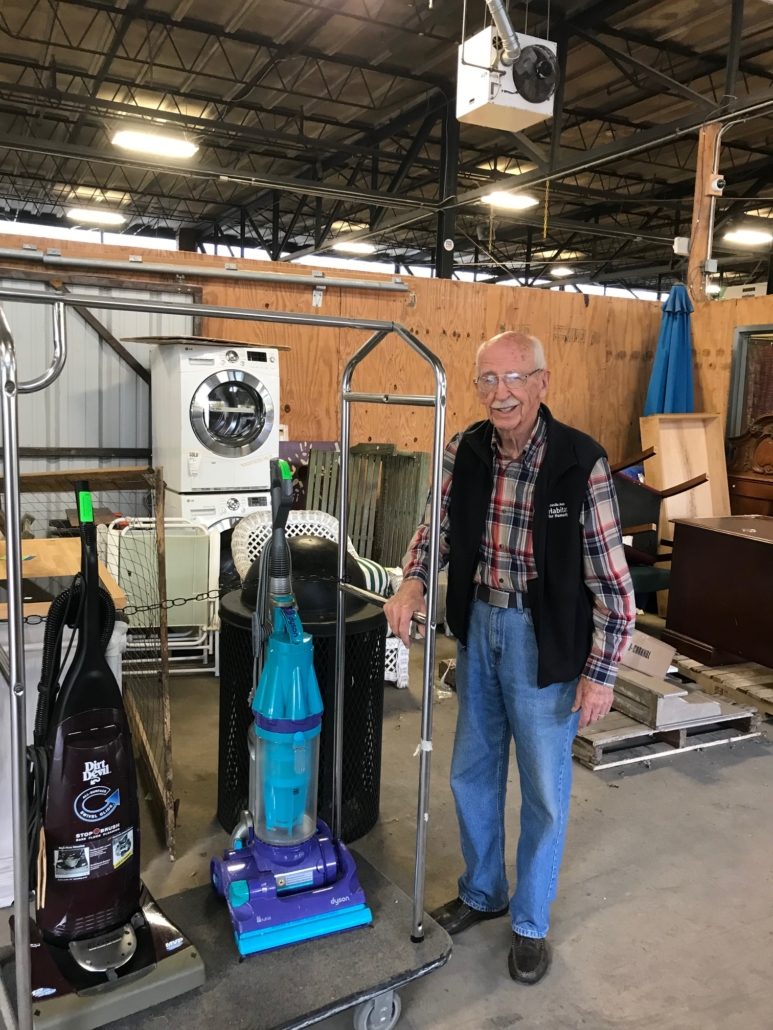 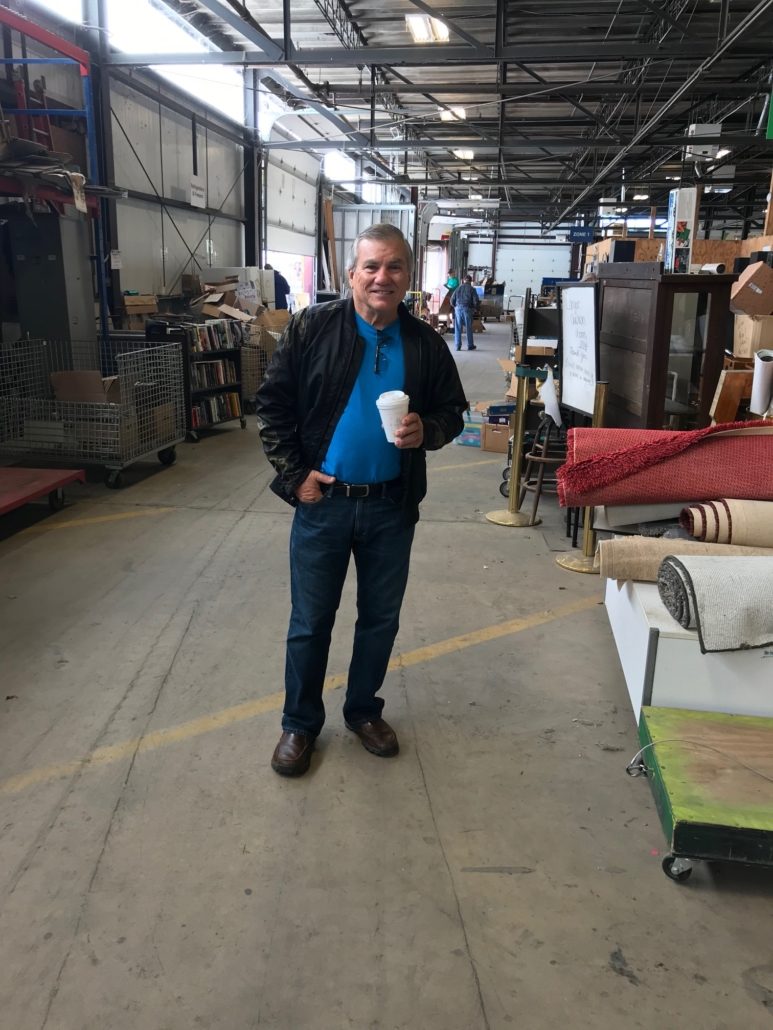 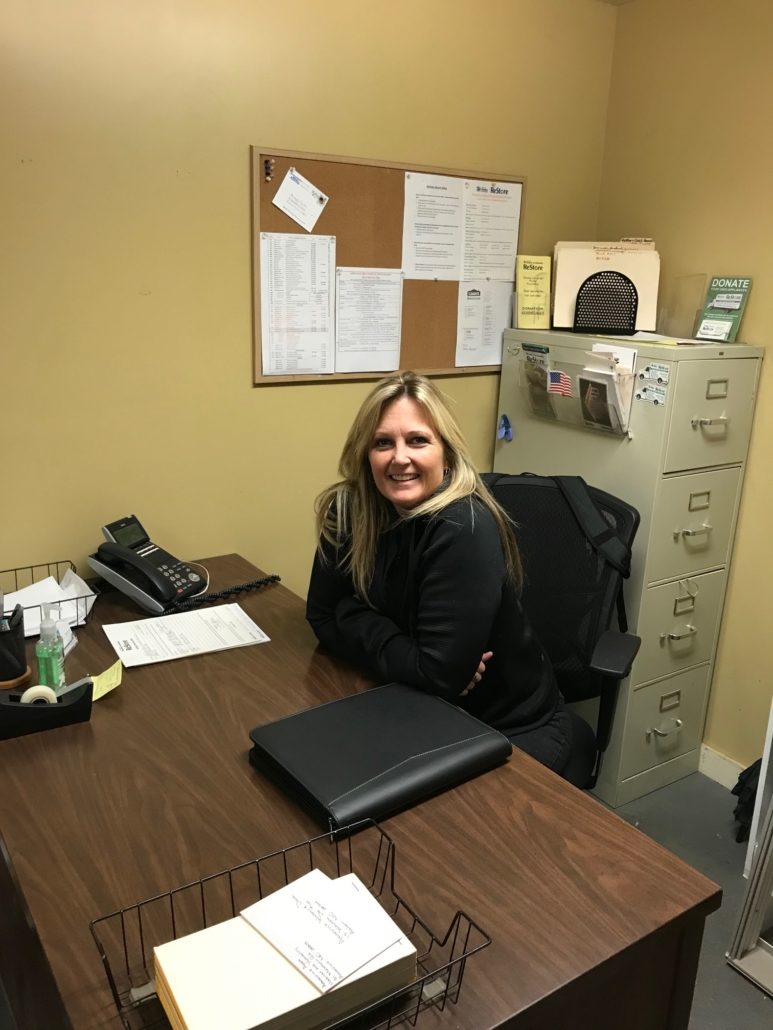 Among the volunteers and staff members at the ReStore, are several military veterans who served their country and are now serving their community. Asheville Area Habitat for Humanity would like to take a moment to thank them for both.

We’d like to note that these are just some of the veterans working with our organization. These are vets just from the ReStore and this isn’t all of them. For anyone omitted because we didn’t know you were a veteran, didn’t get a chance to speak with you about it, or if you chose not to be interviewed, know please we thank you for your service.

Those who did speak with us show that veterans bring a wide variety of experience to our organization. We thank them for their service to their country and to Habitat for Humanity’s mission of building and repairing homes, and for telling us about both.

J.W. Simpson
Originally from Salina, Kansas, JW spent 36 years in the Navy. He started as an Enlisted Dental Technician in 1964, obtained his degree in General Dentistry on a Navy Scholarship and retired as a Captain in 2000. Along the way he provided care for sailors from Virginia to Hawaii as well as for Marines in Japan. (The Marine Corps doesn’t have its own dental and medical service and uses Navy dentists and doctors.)

From 1990 through 1997, J.W. ran the Naval Dental Center in Bethesda, Maryland, (the program from which he graduated years earlier.) From 1997 through 2000, he served as the Director of the Dental Clinic at the U.S. Naval Academy in Annapolis, Maryland.

“I was able to practice the profession of dentistry, not worrying about the business of dentistry,” J.W. said.

After moving to Asheville with his wife, Julie, in 2005, J.W. volunteered on Habitat for Humanity jobsite, helping to build homes for a three-year period. In 2016 he began volunteering at the ReStore in the Donation Lane. “In the military we would call it ‘incoming,” J.W. said. “I do it for the exercise and the camaraderie and because I feel like I’m contributing.”

In addition to volunteering at the ReStore, J.W. purchases fans and heaters from the ReStore and donates them to the Swannanoa Christian Ministry to be given to people in need.

Richard Stiles
Richard served during the Vietnam War in the Air Force from 1968-1972. He was an Aircraft Technician, working on troop and cargo carrier planes such as the C-141 (known as the ‘Hanoi Taxi’) the C-47 (the ‘Gooney Bird’) and the C-119 (the ‘Flying Boxcar’.)

In 1972, Richard went back to college on the G.I. Bill, eventually moving to Madison County, N.C. with his wife, Phyllis. The two served in the Peace Corps in North Africa from 1980-1982, returning afterwards to North Carolina where Richard earned an MBA from Western Carolina University.

After retiring in 2016 from a thirty-year career as an economist and financial planner, Richard was looking for another opportunity to serve and in 2018 decided to try volunteering at the ReStore as a large appliance technician. “It’s a worthy cause and I love to be involved,” Richard said. “The volunteers I work with are awesome. They’re retired professionals with all types of backgrounds.”

Joe Young
Also volunteering in the large appliance department is Joe Young, who served in the Navy from 1970-1974. Having worked as a nuclear reactor operator on a Fleet Ballistic Submarine, Jim has extensive experience in electrical repair. “I like coming down here because, unlike all my other jobs, I can leave it behind at the end of the day,” Joe said.

Richard R. (Dick) Manz
Dick served in the Army Signal Corps in Munich, Germany for two years during peacetime from 1956-1957. He has volunteered with Asheville Area Habitat for Humanity for about 22 years.

For the first eight or ten years, Dick volunteered to build homes once a year as a member of Grace Covenant Presbyterian Church. For the last 15 years he has worked at the ReStore testing and repairing small appliances. “It’s a good place to volunteer,” he said. “It’s a good cause with good people.”

Mike Dickman
Mike served from 1970-1972 on the USS Enterprise as an Aviation Technician. He keeps staff, donors and other volunteers laughing constantly as he volunteers several days a week in the ReStore Donation Lane.

Charlotte Watson
Charlotte Watson enlisted in the Army in 1979 and retired in 2000, having worked in Field Artillery and Finance. She volunteers in the Donation Lane at the ReStore where she has taken on the mission of testing and pricing lamps and lampshades and then displaying them on the shelf in the Upper Showroom.  Habitat’s mission and vision resonate with Charelotte. “Everybody should have a decent place to live,” she said. “It’s really sad that everyone doesn’t have a home.”

Michelle Smith
Michelle served in the U.S. Coast Guard from 1994-2002 where she was involved in Maritime Law Enforcement, Vessel Safety and Search and Rescue. After a career in the Coast Guard, having engaged with water rescues, plane crashes, boat fires and boarding freighters, Michelle retired from the military and worked in Law Enforcement. She also volunteered in community sports as a coach and a member of athletic organization boards.

Michelle had also obtained significant experience working in retail and a friend reached out to her about the position of ReStore Manager for Haywood Habitat for Humanity. She now works with us at Asheville Area Habitat for Humanity as the Donations Manager.

“If I have to work I want to work in an environment where I feel I’m giving something back,” Michelle said. “I want to make a difference to our country and in our community.”

In conclusion, it is a boon to the ReStore to have these talented veterans on our staff and in the ranks of our volunteers. On Veterans Day and every day, we are grateful for their service.

A Daily Exercise of Gratitude and Generosity
Scroll to top